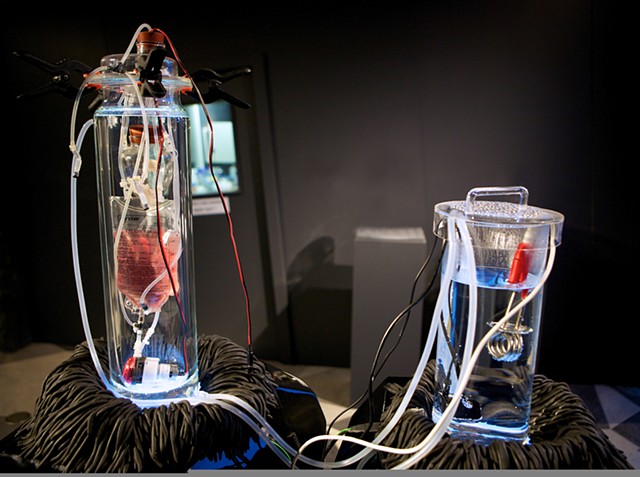 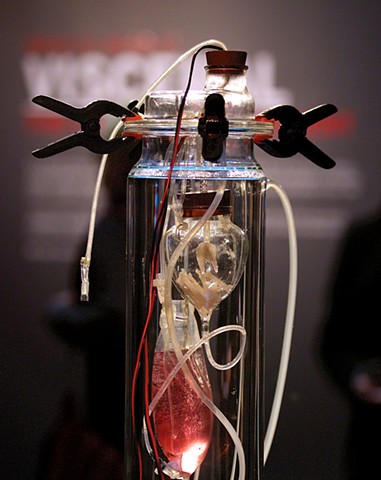 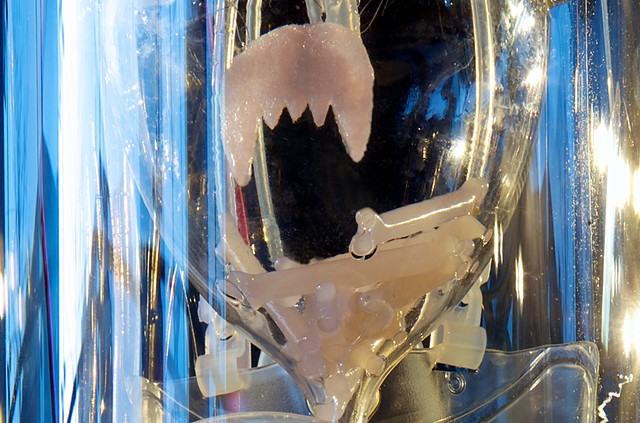 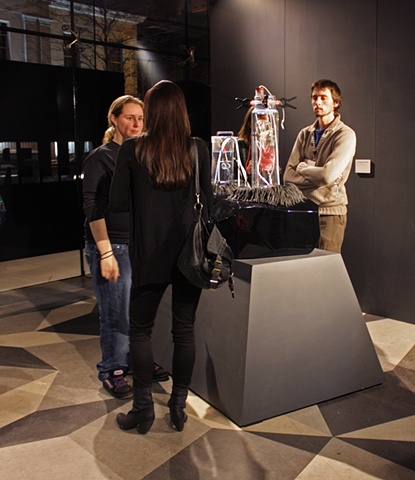 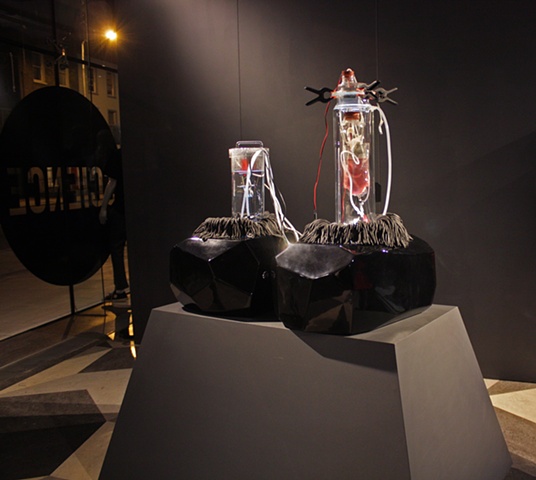 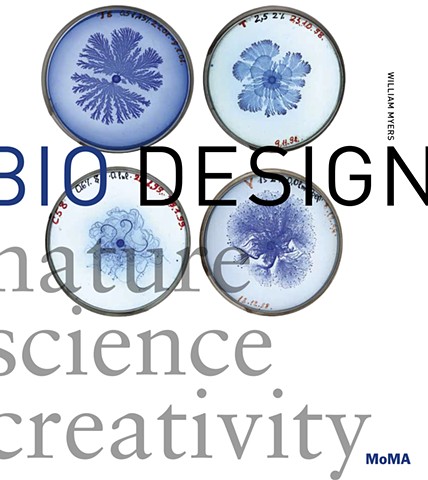 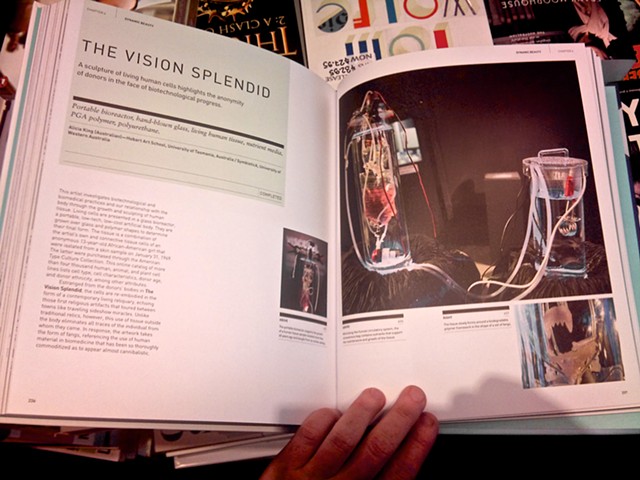 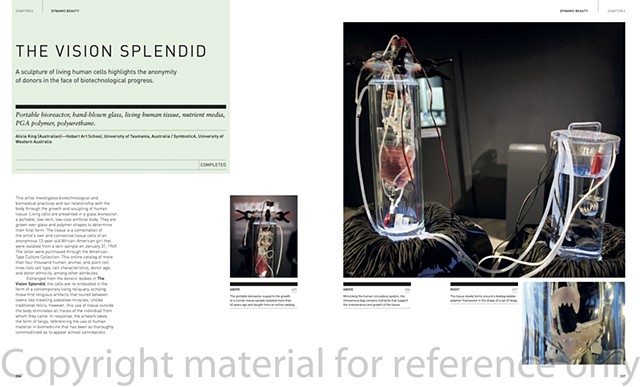 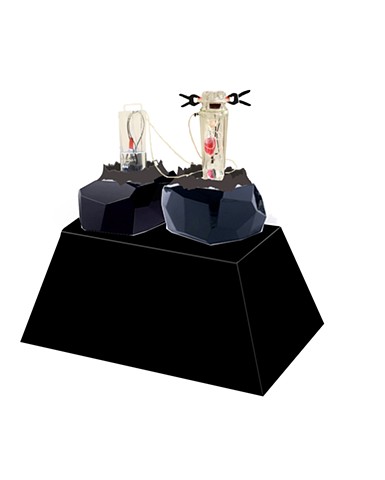 The second incarnation of The Vision Splendid in VISCERAL, at Science Gallery Dublin, Ireland, 2011. Curated By Oron Catts and Ionat Zurr of SymbioticA.

The Vision Splendid will be published by MoMA NYC and Thames and hudson in their upcoming Publication Bio-Design, by William Myers. With introduction by MoMA Curator Paola Antonelli.

The Vision Splendid's bioreactor was developed as part of a research project of the SymbioticA Research Group (SARG). This version is a collaboration between SARG, Alicia King and Matt Johnson.