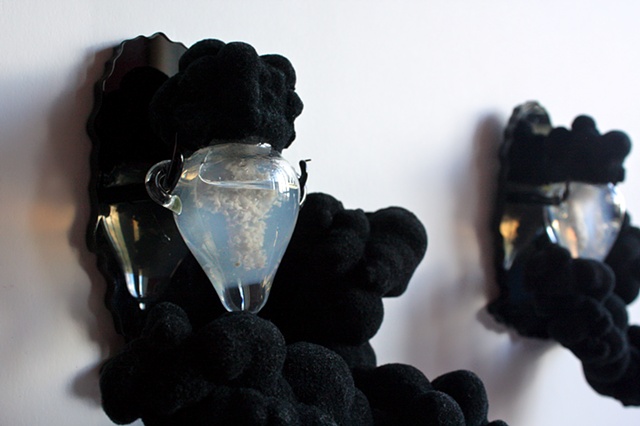 Glass, Human tissue (Cells and tissue, cultured from tissue taken via biopsy) polyeurathane, acrylic, flock. Created from Residency at SymbioticA, the Art and Science Collaborative Research Laboratory with support from The Australia Council for the Arts.